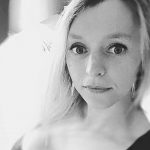 Virgil has been training amateur and professional combat athletes since 1995. His skill-set expands to the following combat styles: MMA fighting, Brazilian Jiu-Jitsu and…

At that period of his life Virgil’s been caught right in the middle of a nearly decade-long fight with Crohn’s Disease and debilitating back pain. So after starting practicing some yoga he immediately felt a relief and the disease that haunted him for so long has been faced with a stagnating recovery. But all that became possible only after one of his friends, who also was a yoga teacher invited him to a hot yoga class. This new destination of a lifestyle has changed his lifestyle forever!

A pro-active college athlete and military veteran, Virgil quickly understood how healing the hot yoga practices may be for his health and since then he became an avid practitioner.  Within a few months of following a dedicated practice, his illness was in full remission and his back pain was gone for good.  After fully understanding the long-lasting effects and advantages of the hot yoga practice, becoming a mentor and a teacher for others  was the next obvious step.  “I knew from my first few classes as a student that I strongly urged to become a teacher,”  he says.  “I fell in love with this beautiful and healthy lifestyle  and, for me, teaching yoga is a perfect fit.